An increasingly frustrated Australian Prime Minister Scott Morrison turned to an animated film last week to drive home his point that the country needs to reopen — Covid or no Covid.

“It’s like that movie ‘The Croods’,” he said, referring to the 2013 movie about a prehistoric family forced to leave their home. “People wanted to stay in the cave … We can’t stay in the cave and we can get out of it safely.”
Since then, debate on the issue has descended into a less than family-friendly slinging match between states over a national plan to open internal borders before Christmas.
The problem is not all of Australia is keen to leave the cave so quickly.
In Australia’s largest eastern cities of Sydney and Melbourne, rising Covid-19 infections have led to months-long lockdowns and strict rules on who can travel interstate.
Businesses are suffering, families are split, and the ongoing uncertainty is taking a toll on people’s mental health.
Yet in parts of the country that have managed to contain Covid-19, including the states of Western Australia and Queensland, there is little appetite to open borders and allow the virus in.
After 18 months of basking in their success in keeping Covid out, Australian politicians are now being forced to pivot from a zero-Covid strategy to living with the virus.
The question is how they can convince Australians to support the national plan when some of the states’ own leaders are in revolt, with one state premier calling the plan “complete madness.” 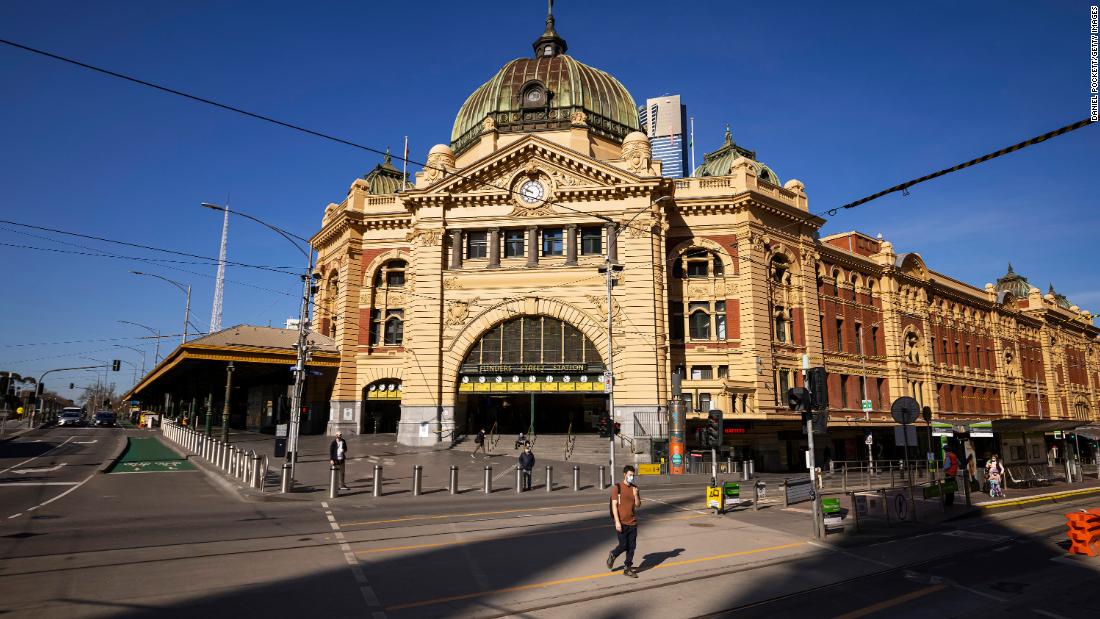 People are seen crossing a quiet Flinders Street on September 1, 2021 in Melbourne, Australia.

For a while, along with neighboring New Zealand, Australia’s success made it the envy of much of the Western world. As global Covid case numbers and deaths soared, Australia mostly kept itself Covid-free.
The Australian government shut the country’s borders in March 2020, shortly after the first global outbreaks began, and since then any infections inside the country have been stamped out with fierce restrictions.
Until June.
Then, Australia suffered a major outbreak of the highly contagious Covid-19 Delta variant in New South Wales, the state in which Sydney is the capital.
The local government initially set light restrictions, but as cases continued to explode, they had no choice but to impose a lockdown. Since then, infections have spread to Melbourne, in the state of Victoria, and then to the national capital, Canberra.
As of Friday, more than half of Australia’s population of 25 million people are under lockdown, including the entire populations of three states and territories — NSW, Victoria and the ACT.
Faced with growing economic pressure, rising case numbers and violent anti-lockdown protests, Morrison announced the beginning of the end of Australia’s zero Covid policy on August 22.
Video shows anti-lockdown protesters clash with police in Australia 01:19
He wants Australians to follow the lead of the United States, the United Kingdom and the European Union, which have started to embrace living with Covid, using vaccines to the reduce hospitalizations while allowing versions of free travel.
Under Australian’s national plan, the country will reopen with limited restrictions when at least 70% of eligible people have received two vaccine doses.
However, the country has struggled to vaccinate its population due to a lack of urgency and inadequate supplies. As of Friday, about 37% of people over the age of 16 in Australia had received two doses, compared to at least 60% in the US and more than 78% in the UK.
The Australian plan, a version of which was previously agreed to by each state and territory, was based on modeling by the Doherty Institute, an infectious disease research body. The institute estimates that with adequate vaccine coverage and moderate restrictions, Australia could reopen to the world with fewer than 100 deaths in six months.
“This is what living with Covid is all about. The case numbers will likely rise when we soon begin to open up. That is inevitable,” Morrison wrote in an opinion piece distributed to local media. 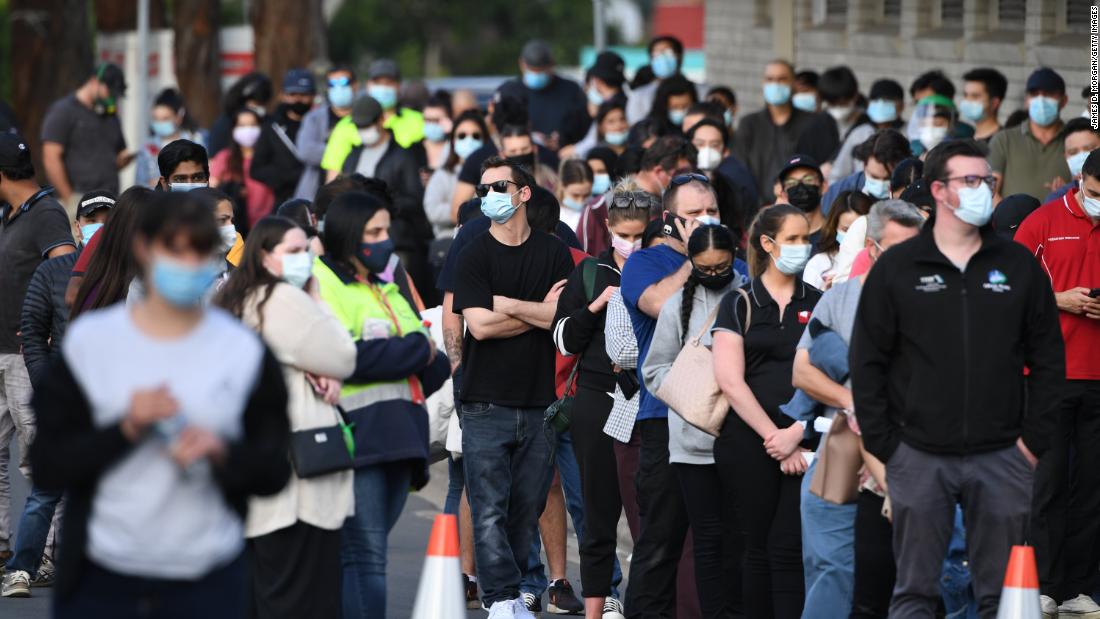 Hundreds of people wait in line for their Covid-19 vaccine at the South Western Sydney vaccination centre at Macquarie Fields on August 19 in Sydney, Australia.

In his clinic in Perth, general practitioner Donough O’Donovan said a lot of his patients — particularly elderly people — are nervous about a potential Covid-19 outbreak in Western Australia.
“Those sort of people are very afraid of opening … they’re worried about what will happen, and people are telling them left, right and center that Covid is going to get in here and we’re going to be hit with it as bad as NSW,” O’Donovan said.
“There’s a great deal of fear.”
The states of Western Australia, South Australia, Queensland and Tasmania have managed to keep Covid-19 cases close to zero and, as a result, their leaders have been less keen to embrace Morrison’s push for open borders.
Western Australian Premier Mark McGowan said reopening prematurely to “deliberately import the virus” would be “complete madness.”
“We currently have no restrictions within our state, a great quality of life, and a remarkably strong economy which is funding the relief efforts in other parts of the country,” McGowan posted on Facebook.
“West Aussies just want decisions that consider the circumstances of all states and territories, not just Sydney.”

Kaley Cuoco and Karl Cook announce they are separating